So last week, I took the plunge and rearranged by book shelves. I just couldn’t take it anymore. The 20 books I had bought at the last book sale were still in the canvas bag and my shelves were in disarray. Where was I going to put all my new finds?

To give you some background. We live in an apartment, so I only have two small book cases. One is a two -shelve unit and the other is one of those six cubicle units that you can buy at any Walmart or Target. Luckily I can put two rows of books on each shelf, optimizing my space.

Previously, I had put mainly my hardcovers in the back and paperbacks in the front but this was not a useful system as all my genres were mixed and I was finding that more often than not, I was buying books I already had. I just couldn’t tell what I had.

So on Friday, I had enough. I  went over and proceeded to take every book off their shelves until I had piles of books all over my living room floor. I stared at the piles and thought how to arrange them until finally it clicked. Below is the final arrangement.

This is the top shelf of my two-shelve unit. In the back, I have all my hardcover Nicholas Sparks books along with my Hunger Game series, Twilight series, and Girl with the Dragon Tattoo series, along with some randoms such as Stephanie Meyers’ followup book “The Host”,  “When She Woke” and “The Godfather.” In the front row, are the paperback Nicholas Sparks books as well my modern books, mainly book club reads.

The bottom shelf of that unit is all my classics. There are too many to name individually but there is everything from Dickens and Twain to Ayn Rand, E.M. Forster and so many more. I actually had to split my classics and put some of my childhood classics on a different shelf.

On these two shelves I put my nonfiction. On the top, the nonfiction is more books about journalism or nonfiction/historical accounts. For example, “All The President’s Men” is about Watergate. Behind that is a book call “Toms River” about the cancer cluster that affected a neighborhood in the New Jersey town due to a factory’s output of chemicals into the river. Similar to the Erin Brockavich disaster, though not as severe. On the bottom are more of my biographies and memoirs. 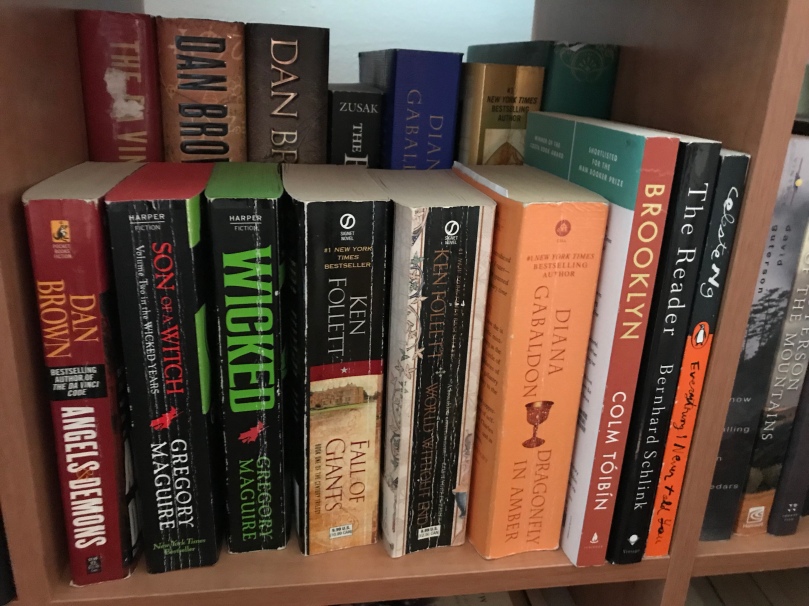 Some more contemporary novels such as my Dan Brown books. I loved “The DaVinci Code”. I also have Ken Follet and Diana Gabaldon, even though I am not a fan of “Outlander.” 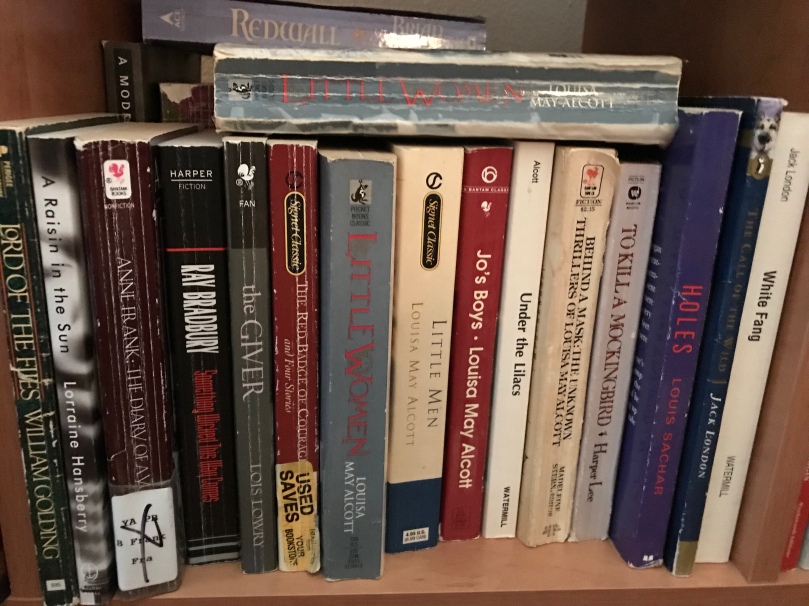 This shelf has books I read growing up as well as childhood classics. Yes, there are two copies of “Little Women” One is a new copy because the other copy is literally falling apart but I can’t part with it. LOL. 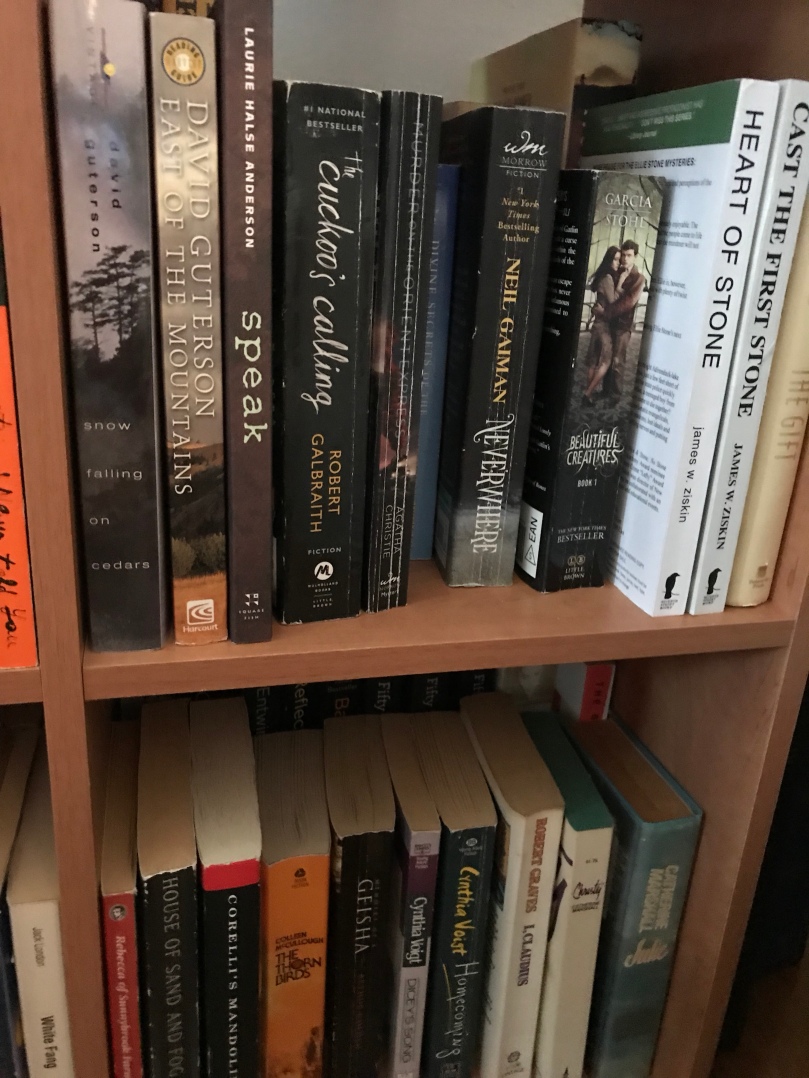 The final two shelves are somewhat of hodge podge and leftovers that couldn’t fit on my other shelves. On the top are some more contemporaries. I have my Barbara Kingsolver and Khaled Hosseini books. In the front are some TBR. In the back of the bottom shelf are my guilty pleasures – Fifty Shades of Grey Series and Bared to You series. In the front are some leftover classics.

I’m loving my new set up because I finally know where to look for a particular book. I know where all my classics are, etc. I think this works for me, at least until I get some more shelves.

I also tried to use this time to try to unhaul some books but that was nearly impossible. I did box up my Redwall series but it is now in my closet. What if my kids want to read it some day? I don’t want to rebuy them all. The only other book I took off is “Water for Elephants” but it’s in the box so not really. Help! I can’t let go. LOL.

How do you arrange your shelves? Do you have a specific order or is it all mixed up? Let’s discuss!